Believe it or not, Dr. Seuss has something to teach physicians about healthcare IT. I’m thinking specifically of a lesson from Green Eggs and Ham: Sooner or later, we all have to do something we don’t want to do – or that we think we don’t want to do – and, after the fact, we often discover whatever we were resisting actually isn’t so bad at all.

Dr. Paul Richardson, vice president of clinical informatics and utilization at Conway Medical Center in South Carolina, told a webinar audience last week about an instance of Green Eggs and Ham-ism at his hospital. It had to do with adoption of PatientKeeper physician workflow software, which was deployed as an overlay to Conway’s MEDITECH system.

While some physicians were initially reluctant, the context setting and expectations laid out by Conway’s involved executive leadership, combined with the preparation and encouragement of their dedicated IT team, led to widespread success. By the end,  said Dr. Richardson, “I think most of the doctors actually welcomed it. It was a cultural shift that people were waiting for. It’s amazing how we just took off.”

Chalk it up as another lesson in the virtues of open-mindedness for the Sam-I-Am’s of healthcare. 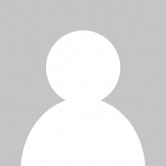